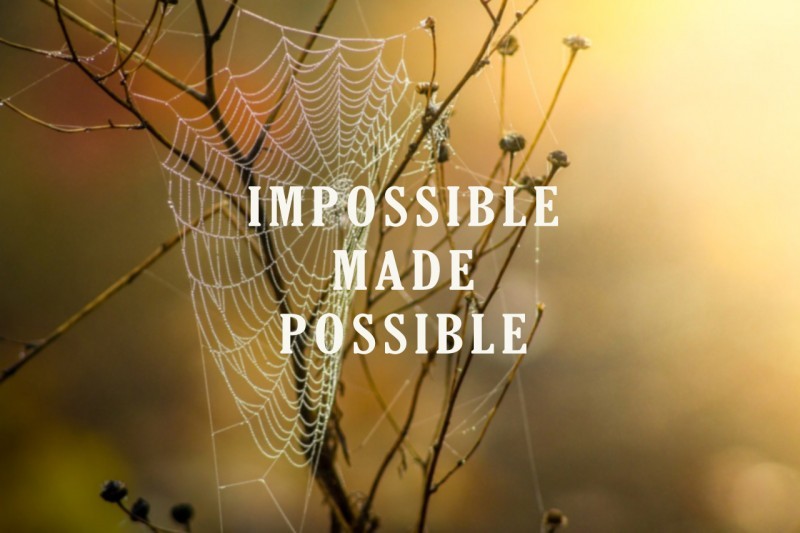 Jesus turned water into wine – something no man has ever done. Even though both water and wine are in liquid form, their conversion has puzzled even scientific minds. Is this a myth? Never! You may ask why do I believe in this.  It’s because anything is possible with God. Jesus walked on water – again a feat that only we could dream of. Actually, objects sink or float because their density is more or less than the density of whatever medium they are floating in.  But Jesus defied the laws of physics when He performed those miracles. He actually WALKED on water.

A  friend  of  mine  once  asked  me, “How can God be born in human form?”. As a firm believer in  Christ,  I replied,    “Why not?”. After contemplating for a second or two, it occurred to me that in almost all his wonders, were in fact, not acceptable to rational minds. For us, who are Christ’s creation, it is difficult to perceive the impossible because we choose to believe what we see; not what we don’t see. And we are never ready to give that up. Our minds are fixed that way.

We usually base our thinking on what we are taught. If asked to think outside the box, it takes a little while for us because we are in our comfort zone. It takes a while to see through the picture but when it does, time would have already passed.

If everything in the world was easy to achieve, who would have seeked God? We would be seeking life’s pleasures and dwell completely in it. So a little act of faith is all that God is asking you to take. Why would trying to achieve something that is difficult to be achieved end up in a curse? God wants to show that everything is possible through Him alone. If we were going to depend on our strengths, then we will definitely downslide.

So if we are ever going to see through things, it is by believing that everything can be worked out to the end.

I would be pretty much astonished if something has happened that doesn’t sound logical. It’s because I have taught myself to be the same way for years. But to come out of that dumbstruck moment, it takes a while to recollect if things were actually happening as I saw them. We would be the same. It was no different for those who saw Jesus do miracles that made people look in awe. They had never seen such things before. Jesus came to show what could be achieved. His actions broke the impossibility in things to bring possibilities which are infinite.

What seemed impossible has now become possible for all to see. But our habits have forced us to limit the vision to which we see. But love can break all boundaries. Love can make you patiently see what Jesus is doing behind the scenes. He is not just preparing a place in heaven for us to be  there on time. He is preparing us to receive them. I strongly receive the Word of God has sent. It is because without it,  I am nothing. I am what Jesus made me because I believe. Because it also written, “We will walk by faith, but not by sight.” – 2 Corinthians 5:7

THERE IS STILL MORE….

And there is still more to the story. Jesus said “You will do greater things than I do.” Yes, he was true to the last word. We are still doing great things in His name. We are channeling God’s powers to the lame, the blind, the sick so that they may see Jesus. Remember that nothing is impossible as long as the mind believes it to be possible.

Have your belief multiply every day through the word of God. Let it reach to it’s maximum. Do not worry about how things turn out for your future. Everything is assured the moment we have submitted our difficulties to Jesus.