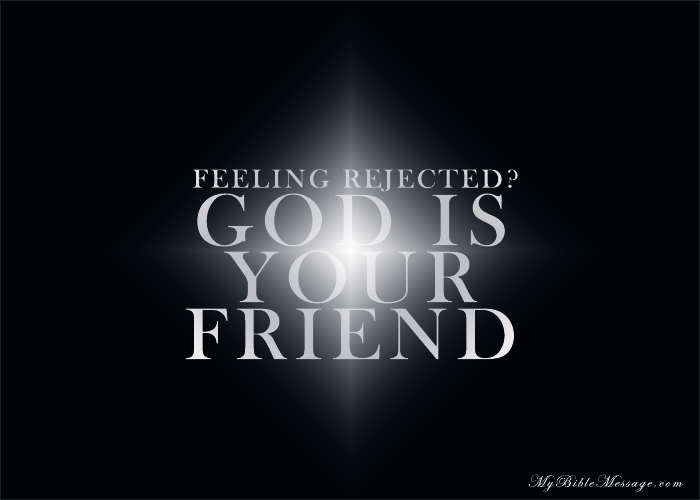 How often have you faced rejections? Maybe once, maybe twice or maybe more than that. Those are times you would love to forget – those times when you either did the right thing or stood up for truth, the result finally was rejection. Rejections happen in families, at a workplace or even at church. For some time everything is calm when suddenly you realise that a storm has set in. You never know where it comes from until you have been hit from all sides. For reasons known or unknown to you, you have been treated unfairly, probably deserted by your close ones. The reason could be anything – Conversion of religious faith, marriage issues, standing for truth or what you believe in. There are lots of instances that we cannot list them. Rejections can hurt and it may take a little while to heal. To keep doing what is right is what the Lord requires us to do.

Let me take you to Genesis 37 which tells the story of a child was betrayed by his own brothers. Jacob had a son whose name was Joseph. In a quick plot, Joseph was sold as a slave to the Egyptians by his brothers who had him work there. But Joseph was not alone. He had the Lord Almighty by his side. Joseph escalated from being just a slave to being the Governor of Egypt. God promoted Joseph when he faced a lot of rejections but above all was God waiting to show His power. What could have Joseph done to get rejected by his brothers? His brothers envied him because Joseph enjoyed the finest of everything.

Jesus, our Lord, and Saviour, who came to the world to save it from its sins, was rejected by His own. “He was in the world, and though the world was made through Him, the world did not recognise Him. He came to His own, and His own did not receive Him.” – John 1:10-11. If Jesus was never properly treated as King, then do we need more explanation as to why His people are never treated the right way? Why are we, children of God, treated as unequal among others in society? Why are pastors, evangelists, and missionaries of God seen as less of them?

There are many instances of people leaving their religious faith to accept Lord Jesus as their Saviour. In India, Hindus and Muslims, who have found Jesus as their Savior are at large. I have witnessed testimonies of many who left their old faith behind. But once they moved on, they never for a moment looked back. Such people face rejections from their families and even those close to them. Some are beaten up, some are alive working for the Lord and the cases go on. It especially comes to North India where the cases are much harsher than people living in the south. They were all rejected but chose to pursue rather than quit on themselves.

What is the remedy for such situations? For that, I would like to point out the teachings of Jesus in Matthew 5 as it follows:

“Blessed are those who mourn, for they will be comforted.”  – Matthew 5:4.

For those who mourn Jesus has promised peace in your hearts. So yes! You will be comforted and there will be no grief. You may have mourned for all that you faced. Believe me, you are not the first one to be rejected. But God is watching you. And He has promised, you will be COMFORTED. Not distraught.

God is never going to keep you in sorrow. He is promising a smooth transition from your rejection – from one where you were hated to one where you are going to be loved.

2. YOU RECEIVE YOUR INHERITANCE:

“Blessed are those who are persecuted because of righteousness, for theirs is the kingdom of heaven.” – Matthew 5:8.

Joseph was invited to bed with his master’s wife. He refused many times until he finally ran away. But finally, God saw Joseph’s righteousness and he went on to become the GOVERNOR of Egypt. Look at Joseph’s uprising. He never even thought of it.

HOW TO FACE REJECTIONS?

This is a question that needs an answer. Before coming to that, let’s think about the following situation. A bright sunny day is ahead of you and your friends decide to go camping. You make the most of the day. At the end, each one parts on his own. As you drive home, your vehicle has broken down and your only option is to walk it out. It’s hardly a mile away. What would you have done?  This is how rejection is. Like the bright sunny day, at the beginning, it is all smooth for some but towards the end, you are on your own. You have to make the decision to keep moving. Waiting for things to get alright will never take you ahead.

Take note of these two points to keep you moving ahead.

Business teaches leaders not to follow the trend but to create the trend. You can use the same principle in real life situations. Show your peers what is right and it will definitely register into their minds. At some point in life, they will surely contemplate on the wrong they have done and that their mindset needs a change. As an ambassador of Christ, God will enable you to move hearts towards Him.

You may be someone’s Bible at some point of their life because they see the Christ in you. Show them what Christ is like.

The Bible says “Keep justice, and do righteousness, for soon my salvation will come, and my righteousness is revealed.” –  Isaiah 56:1. You weren’t here without a reason, you were always here for a reason. God’s fulfilling His purpose through you because He saw you FIT for the job.

Let me say one last thing. Everyone in his or her life spends some time alone. And looking at the positive side, it is a good thing to have some time alone. But why? You need to be refined like silver – “Behold, I have refined you, but not as silver; I have tested you in the furnace of affliction.” – Isaiah 48:10. Even Jesus was rejected, but they finally came to know His glory.

Have a blessed day