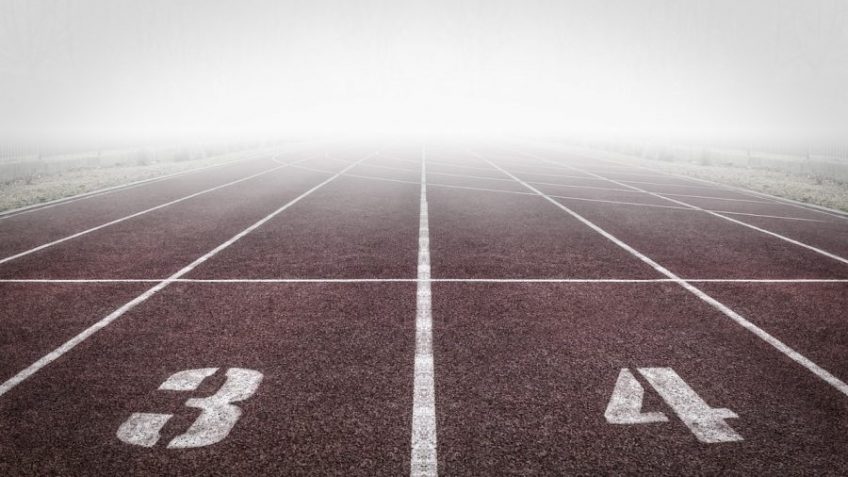 The year 2017 passed by so soon. It feels so fast as I can still remember the beginning of the year. The joy, the strength and the peace within gets renewed each time a new challenge rises. Our lives are a race that is marked to win. So no matter what the outcome may be, the Word still promises good times to those who believe. Time flies. And so are we eagerly preparing for the arrival of the second coming of Jesus Christ. Every year there is a new level of anxiety on God’s arrival. We keep contemplating – “When is Judgement day?” Since the beginning of the century, we have triumphed over many false predictions about the end of the world. When the world was supposedly going to end in 2012, everybody was eagerly waiting for December 21. It was such a joke that we laughed about it saying things like “Hey friend, if it is your marriage next week, how would you even marry? The world is going to end.” Not even the Mayans could bring about a strong prediction. Jesus had specifically warned us years ago before about such incidents. Every year the warning signs that God gave us grows stronger – wars, famines and many more. This is just a brief history of time. We come to an even more debated topic – THE TRUTH.

The best time spent is the time spent in the Word. God speaks often through the Word and by various other means. But there is so much noise in the background that blocks God’s call towards us; one of the reasons being the media – how it has influenced us so much that the clutter of misinformation has exceeded it’s limits. Media has the effect of controlling generations towards what is not THE TRUTH. As a result of this we have a new challenge every year – How to reverse the vast effects of the media from time to time?

The truth as Dr. Ravi Zacharias, a renowned apologist quotes during his meetings is the biggest weapon. It was never the bomb. The truth about Christ and that He is the One, is the most oppressed in the 21st Century. It has turned out to be the bloodiest century as God is kept hidden in the background. In many ways, we think we are right when we are morally wrong. We accept right as wrong and wrong as right. Christianity is ridiculed and Christians are persecuted because we could never see the full picture. The picture of Christ offering his Son for the salvation of many, to redeem us for eternity is never the epitome of the christian era today. Prosperity is now the god of all reality. We embrace it so dearly to bypass the pain and sufferings of today. God is now in the backseat.

How about our daily walk with God? Are we in it or are we out of it? Enoch had a long 300 years to walk with God. And he faithfully walked close till he was taken away from the world as the world did not deserve him anymore. Our daily walk with God gets hampered if we lose the precious sight of it every day. I believe Enoch kept his sight on it all the time that gave him the honor of not experiencing death. He knew the benefit of being with God every moment rather than being away from it. Every moment can be taken advantage of if we have the will because where there is a will, there is a way. Which is why, reconciliation is important as it seems among Christians all the time. Let us reflect as to how best to keep our paths straight.

Jesus said “You are the salt of the earth. If the salt loses its saltiness, how can it be made salty again?” – Luke 14.

Salt is an essential ingredient in every culinary item. Not only does salt preserve food, it also helps to balance the taste in everything. By being the salt, we are here to set an example of the glory of Christ among others. We are here to magnify God’s glory  by being an ambassador of Christ. By being salty, we keep ourselves aligned according to the Word so that God’s purpose is fulfilled in us. The Bible makes a point that when we go astray from the Word, it is difficult to align back together with the Word. That is how it is enacted in the above verse. When we remain salty, we show our Christ like behavior. But when we lose it, it is lost – meaning it takes to restore that relationship that was once there before. If the salt loses it’s saltiness, it can never be made salty again.

It is impossible to remain in a perfect shell where nothing hits you at all, not even the slightest temptation. But God has said that He would give us the grace to handle all situations. When the Word remains in us, the rate at which we decay diminishes itself. The erosion rate gradually slows down which in turn helps us to build our foundation in the best way possible.

Ravi Zacharias rightly said in one of his speeches that by being the salt and the light, one day someone may reflect back on how we maintained our saltiness. That day, he or she may keep their hopes on you to be a change in their lives.
The onus is now on us. Better to be prepared than to be late in the kingdom of God.

“Being the salt, we are called to lead people into the light, not just stay in the light.”

It is never unusual to get discouraged along the way. Even in the darkest of situations, the Bible promises of hope along the path.

GOD CAN DO THE IMMEASURABLE

Ephesians 3:20-21 – “Now to Him who is able to do exceedingly abundantly above all that we ask or think, according to the power that works in us, to Him be glory in the church by Christ Jesus to all generations, forever and ever.”

Joshua marched against the five Amorite kings when they threatened the existence of Gibeon, Israel’s neighbor. God said that all they had to do was stay calm. And they won the battle. When you are a threat to the enemy, all you have to do is stay calm in the process and fight. The rest is in His hands.

In 2 Chronicles 20, Jehoshaphat inquired of the Lord to defeat the Moabites and the Ammonites coming to attack Judah, the land where he ruled. When the people were surprised as to what had to be done, this is what the Lord said in verse 15:

“Listen, King Jehoshaphat and all who live in Judah and Jerusalem! This is what the Lord says to you: ‘Do not be afraid or discouraged because of this vast army. For the battle is not yours, but God’s.”

When the Israelites had no one to look to, God said that He would be their rearguard all the time. Deuteronomy 9 describes of the Lord assuring that He would subdue all of Israel’s enemies. What comes into my mind is the fact when God does something He does it greater. God has the ability to do something greater. It is just that He does it according to His own time.

Christianity is never appealing to the unbeliever as they see destruction and disaster initially. When you come towards the end, you see that all sorrow actually turned into joy. Judging a book by it’s looks is like swimming an ocean without touching the waves. When we swim in completely, we see the good that Lord has done. To taste and see that the Lord is good, that is the ultimate test.

Do stay tuned in for more articles on the message of Christ.